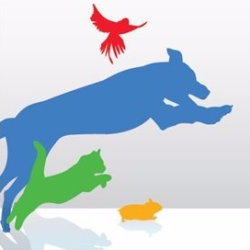 This grey & white kitten was found in Cabramatta, visiting an office block, on Friday 18 March.  It is only a few months old and […]

HOME SAFE – AFTER THREE MONTHS!  #NeverGiveUp I took him to the vet and managed to find his owners.  ‘Woody’ had been missing for 3 […]

Sadly, Hugo gained his angel wings on the evening of 12 March 2021. A message from his family: “Hugo was on the mend but took […]

#REUNITED!!  Fred has been found safe and well thank you everyone who has helped find him, his owners are over the moon. He was handed […]

REUNITED Charlie is HOME!!  He was found at the Middle Head Naval Base, Mosman. He was being attacked by cockatoos and ran to the shoulder […]

Archie, as he became known, was taken into care this morning, 27 December 2018.  After a week of feeding and monitoring, a caring team of volunteers […]

URGENT – PLEASE HELP SAVE THESE HENS 1,330 ex-battery hens across England – who have never seen daylight before – will be slaughtered this weekend, […]

ADOPTED – Bruce has been adopted!!! After 9 months campaigning Bruce, and 9,000 views of his profile, two families came forward in the same week […]

#Budweiser highlight how easy a #Puppy can get #Lost…. #SuperBowl

GoDaddy lose out trying to promote a Buddy of their own.

Social media went into overdrive today in response to the #GoDaddyPuppy TVC ad made for the SuperBowl in the USA.  It highlighted a number of negative messages around pet transportation, puppy breeders and selling pets online.  Thankfully GoDaddy have pulled the ad, after garnering much attention and free publicity, and they have a back up plan to put to air.

The best back up plan I think GoDaddy should deploy is running the #TheLucyBowl PSA created by The Lucy Pet Foundation; to highlight the terrible practise of euthanasia and encouraging people to save pet lives through adoption from rescue shelters.  I initially suggested to the CEO & CMO of GoDaddy that they could repurpose their ad by re-shooting the end; with the puppy being scanned for a microchip and being reunited with its family via a site like WherePetsAreFound.com.  I now realise this would be too similar to Budweiser’s theme, so I hope they do put their money behind The Lucy Pet Foundation.

While it doesn’t involve the internet or the power of social media, the Budweiser “Lost Dog” ad does highlight a number of ways in which a pet can get lost.  I encourage everyone to watch it and be mindful of how easily they could lose their pets… Well done Budweiser for increasing public awareness of the risks.

You can see The Lucy Pet Foundation #TheLucyBowl PSA here.

If you want to see how other Dogs viewed the Budweiser “Lost Dog” SuperBowl TVC head over to BarkPost.

And, if you want to join Dogs of the world in the search for Buddy, the Budweiser “Lost Dog” from the SuperBowl TVC here are some ideas of what you can do via BarkPost.